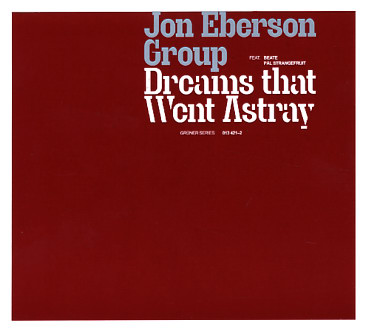 Another one of those ultra-hip groups on Norway's Jazzland label – led by guitarist Jon Eberson, and featuring Bugge Wesseltoft on keyboards and bass, Pal Thowsen on drums, Tom Erik Antonsen on bass, and Strangefruit on vinyl! A few tracks also feature vocals by Beate – and the overall style of the set is somewhere between funky ECM and early 80s New York bass-driven avant jazz funk, such as the work of Melvin Gibbs. The more modern touches of the Jazzland style make the record sound fresher than that description might imply – and titles include "Pushing The Beat", "Victim Of Own Desires", "Everlasting Star", "Dreams That Went Astray", "Clandestined Band", and "You Passed Me Like A Wind".  © 1996-2021, Dusty Groove, Inc.
(Out of print UK pressing.)

Jazzland Remixed 2
Jazzland (Norway), 2002. Used
CD...$4.99
The only thing better than the hip sound of the Jazzland label is the Jazzland label remixed – and that's what you'll hear in this second fab set of work from the groundbreaking Norweigian jazz imprint! The set features loads of cool and spacey numbers, taken to the nth degree in newly ... CD