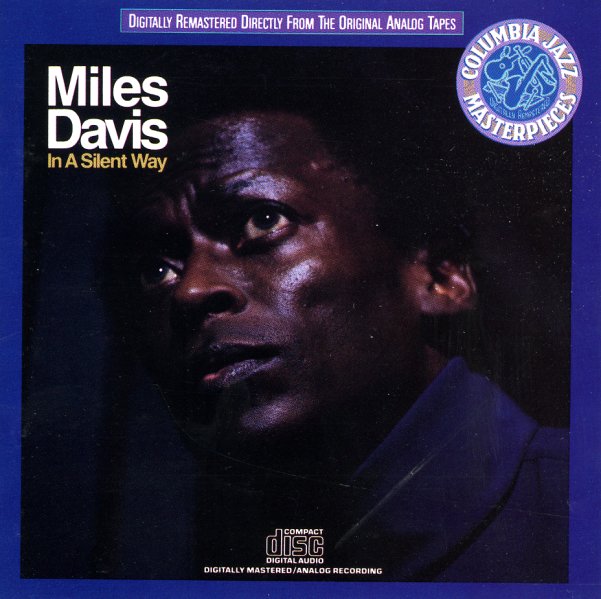 There's nothing "silent" here – as the album's a bold entry in the electric years of Miles Davis – one that still features contributions from Herbie Hancock, Wayne Shorter, and Tony Williams – but which also expands the lineup considerably – really reaching out towards the sound of Bitches Brew! Herbie's on electric keys here, working alongside Chick Corea and Joe Zawinul, who really help increase the flow of the tunes and enforce the "directions in music" stated on the cover of the set! Shorter's on soprano sax, playing in an even more angular way – and Dave Holland is on bass, replacing the sound of Ron Carter, getting some rhythmic assistance at times from John McLaughlin, whose sound really helps to shape the record! Titles include 2 side-long tracks – "Shhh/Peaceful" and "In A Silent Way/It's About Time" – both long, and both beautiful!  © 1996-2023, Dusty Groove, Inc.
(Out of print.)