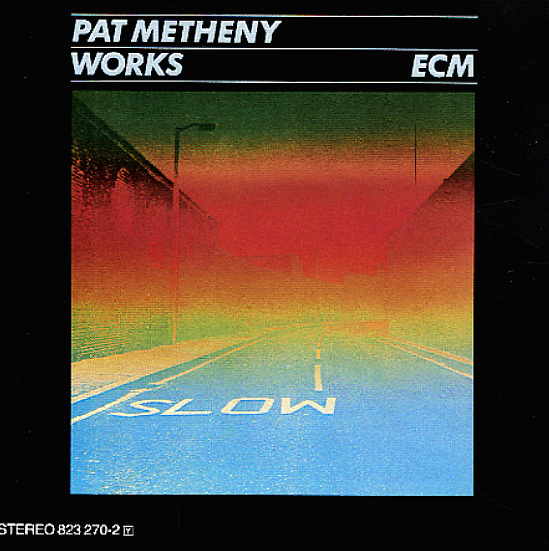 Pat Metheny on guitars with Lyle Mays on keyboards, Mark Egan, Steve Rodby and Charlie Haden on bass, Dan Gottlieb on drums, and Nana Vasconcelos on percussion.  © 1996-2021, Dusty Groove, Inc.
(Out of print.)

Letter From Home
Geffen, 1989. Used
CD...$1.99
Features Pat Metheny on guitars, Steve Rodby on bass, Pedro Aznar on marimba, vibes, saxophone, and melodica, and Armando Marcal on percussion. Titles include "Have You Heard", "Slip Away", "Vidala", "Are We There Yet", and "Beat 70". CD

Way Up
Nonesuch, 2005. Used
CD...$6.99
Pat Metheny on guitar with Steve Rodby on bass, Antonio Sanchez on drums, Richard Bona on guitar and percussion, Gregoire Maret on harmonica, David Samuels on percussion, Lyle Mays on piano and xylophone, and Cuong Vu on whistle and trumpet. CD