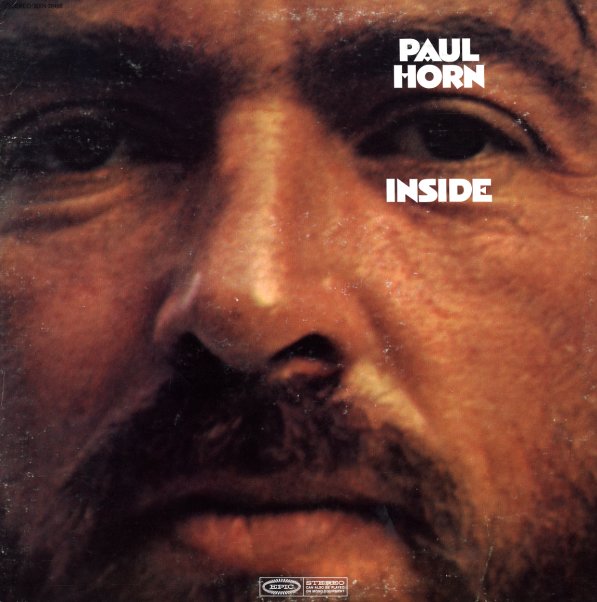 Inside (aka Inside The Taj Majal)

One of the most starkly beautiful recordings in Paul Horn's career – with spiritually resonant, almost spine tingling solo flute and some chants, all recorded in the Taj Majal one day in April of 1968! It's really all about the atmosphere, as it would have to be given the location – with Horn playing of the amazing echo in a completely wonderful way, never feeling anything less than wholly authentic and genuinely inspired! Titles include "Vibrations", "Akasha", "Jumna", "Shah Jahan", "Mantra II/Duality", and "Unity".  © 1996-2020, Dusty Groove, Inc.
(Orange label pressing.)

Sound Of Paul Horn
Columbia, Mid 60s. Very Good+
LP...$14.99
Amazing early work from Paul Horn – recorded way before he got all noodly, and started walking around in pyramids and stuff! The album captures Horn at the height of his early brilliance – interested in world rhythms, especially Indian, and showing a real penchant for a modal groove. ... LP, Vinyl record album