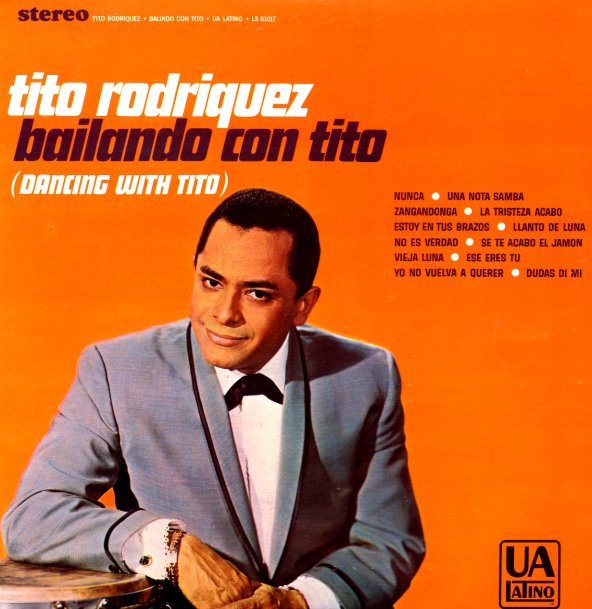 Senor Tito Rodriguez
Tico, 1958. Near Mint-
LP...$11.99 16.99
An excellent little set from Tito – recorded in the late 50s for Tico, with a groove that's harder than much of his 60s work for United Artists! The lineup includes some nice jazzy vibes work on a few tracks – and the album includes the great percussive track "Suena Tu Bongo (Beat ... LP, Vinyl record album

En Escenario
Musicor, Mid 60s. Near Mint-
LP...$9.99
Heartfelt work from Tito Rodriguez – some of the warmer material that made him such a huge vocal hit in the 60s! Titles include "La Casa", "La Mentira", "Mio", "En Tu Memoria", and "Theme From Black Orpheus". LP, Vinyl record album