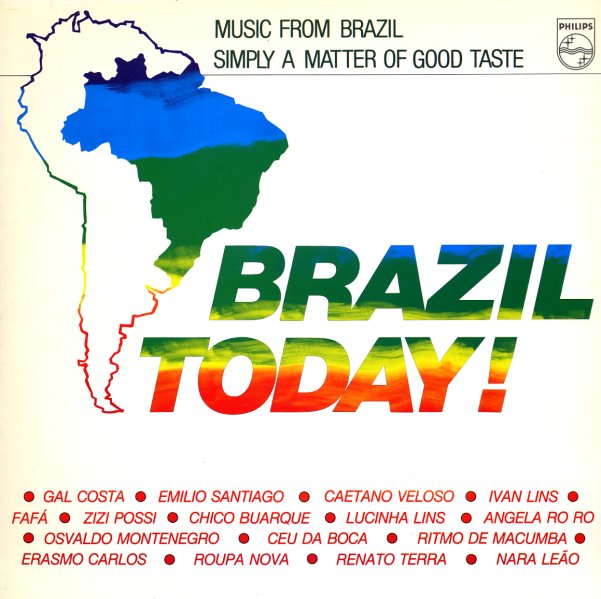 Para Viver Um Grande Amor
CBS (Brazil), 1983. Near Mint- Gatefold
LP...$16.99
An album of lushly-recorded tunes based around an original musical by Carlos Lyra and Vinicius De Moraes – featuring some of the original tunes from that work, plus additional tracks scored for the film. Jobim directed the entire project, and singers include Djavan, Olivia Byington, Dori ... LP, Vinyl record album

Em Tempo De Festival
RGE (Brazil), Late 60s. Near Mint-
LP...$9.99
Crucial work from a generation of Brazilian artists who were really opening up the scene at the end of the 60s – with titles that include "Jeitinho Dela" by Tom Ze, "Travessia" by Os Tres Morais, "Ponteio" by Titulares Do Ritmo, "Capoeirada" by Erasmo ... LP, Vinyl record album

El Genio Muiscal De Luiz Bonfa (aka Black Orpheus Impressions)
Dot, Late 60s. Near Mint-
LP...$14.99
A groovy blend of bossa themes and some of the lighter pop treatments that Bonfa often received – not really a problem for us, as the approach always filled out his sound a bit more, and made for some catchy tunes with a very groovy style! Tracks include "Bahia Soul", "Dois ... LP, Vinyl record album