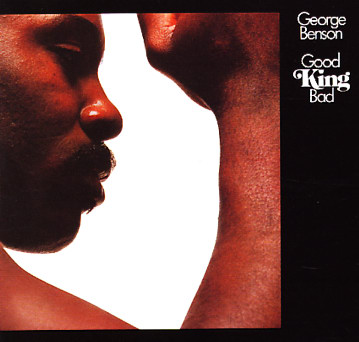 Sweet 70s funk from George Benson – an album that's a bit smoother than some of his earlier work, but still free from the commercial polish of his later hits! Maestro David Matthews is at the helm for this session – and most numbers have a full backing from players who include some of the best of the CTI/Kudu generation – including Ronnie Foster and Bobby Lyle on keyboards, Joe Farrell on flute, Fred Wesley on trombone, Eric Gale on rhythm guitar, Dave Friedman on vibes, and Steve Gadd on drums – who manages to kick in a nicely funky undercurrent, even on some of the mellower numbers. George's guitar is filled with warmly chromatic hues – gliding away nicely on titles that include the slow funky "Em", plus "Siberian Workout", "Shell Of A Man", "Hold On I'm Coming", "One Rock Don't Make No Boulder", and "Theme From Good King Bad".  © 1996-2022, Dusty Groove, Inc.
(Cover has light edge wear.)

In Your Eyes
Warner, 1983. Very Good
LP...$1.99 2.99
Sweetly jazzy soul from George Benson – a key classic from his great run at Warner Brothers Records, and the kind of record that George did better than anyone else at the time! Back in the 60s, we'd never have guessed that Benson's sweetly crackling vocals would dominate popular jazz more ... LP, Vinyl record album