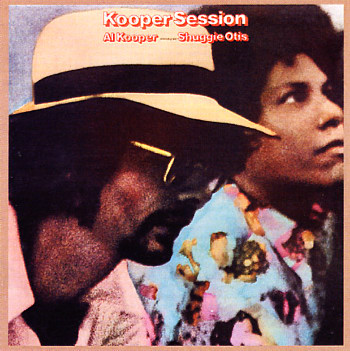 Shuggie Otis' second appearance on record (the first was with Johnny Otis on the Cold Shot LP) – done in a studio blues jam headed by Al Kooper, who's more than willing to back off and let Shuggie get plenty of space to do his own thing! The record has Shuggie really going to town on a few numbers – in that messed-up west coast slightly funky style of his, a perfect match for Kooper's rock-inflected blues – and the album's a surprisingly satisfying entry in the early years of Otis' career – not unlike his first few bluesy albums for Columbia! Titles include "Double Or Nothing", "Bury My Body", "One Room Country Shack", "Shuggie's Old Time", and "Shuggie's Shuffle".  © 1996-2023, Dusty Groove, Inc.