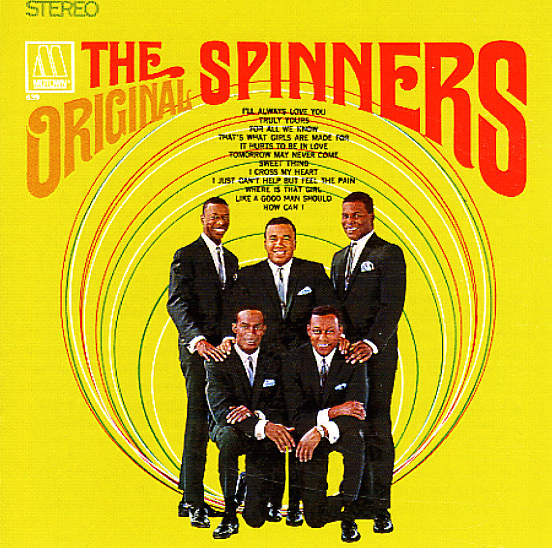 Amazing early work from The Spinners – an early Motown record that's quite different than the more famous sound of the group recording in Philly with Atlantic Records in the 70s – done with an even stronger approach on the harmonies, at a level that really gets at the group's roots! Lead vocals are by Bobby Smith and Edgar Edwards – but just about every track has amazing performances by every member of the group – vocals that crackle with a personal, honest sort of feel – more indie soul than the usual Motown groups of the time – at a level that takes us back to the early Miracles, or even some of the groups from Chicago. The whole album's a treasure – a wonderful chapter in the group's history – with titles that include "Sweet Thing", "I Cross My Heart", "I'll Always Love You", "Truly Yours", "Like A Good Man Should", and "That's What Girls Are Made For".  © 1996-2021, Dusty Groove, Inc.
(Canadian Tamla Motown stereo pressing with deep groove. Cover has a mark from sticker removal and some light wear.)