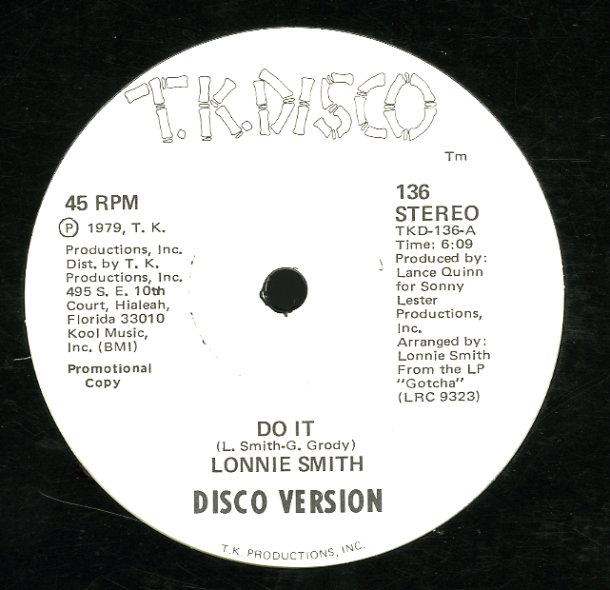 Do It (disco version) (short, long)

Stone To The Bone/Watch It Watch It Watch It For Dudley Doright
TK, 1977. Very Good+
12-inch...$1.99
A clubby track from Timmy Thomas, but one with an odd echo of "Why Can't We Live Together" in the background – kind of an update of that earlier mellow classic, with some great keyboard bits in the middle! "Watch It" has a goofy title, but the cut's not bad – kind ... 12-inch, Vinyl record