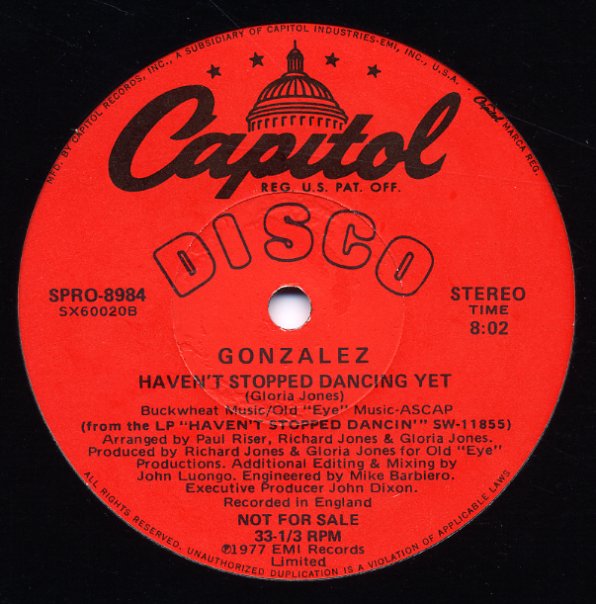 (Promo in a Capitol sleeve, with some marker. Labels have initals in marker.)

Que Tal America/Disco Samba
JDC, 1979. Near Mint-
12-inch...$19.99
Second pressing of this excellent club track with an incredibly Latin groove! "Que Tal America" is one of those underground disco groovers that keeps us digging through 12" singles year after year – and despite its recent rediscovery and compilation, the cut still sounds best ... 12-inch, Vinyl record