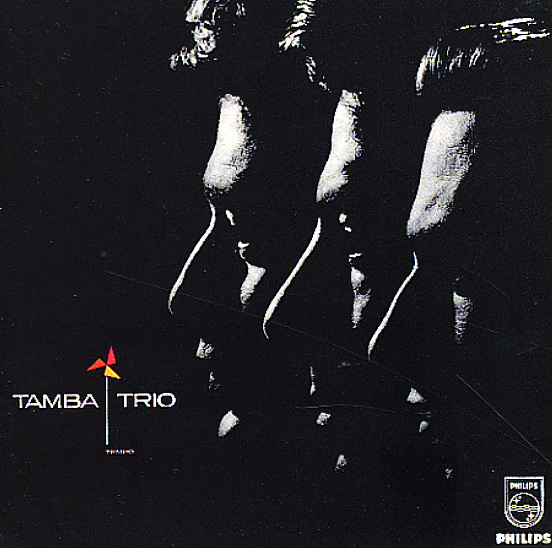 2 of the best-ever albums by the Tamba Trio – out now on one CD! The records are a fantastic mix of vocal harmonies and bossa piano grooves, with a sound that's unlike anything else you've ever heard – unless you've heard some of the Tamba Trio's other excellent records! Luiz Eca leads the group on piano, and his arrangements of tracks like "Boranda", "Rio", "Esperanca", "Sonho De Maria", "Vento Do Mar", "Barumba", and "Consalacao" will leave you speechless! Great stuff, with 24 cuts in all, and a very nice cover, too!  © 1996-2022, Dusty Groove, Inc.
(Out of print, 1998 Japanese pressing.)

Black & Blue (aka Tamba – Luiz Eca/Bebeto/Helcio Milito)
Dear Heart/BMG (Japan), 1974. Used
CD...$14.99 24.99
A sublime 70s groover from the great Tamba Trio! This one works off of the expanded sound that the bossa jazz combo were forging on their late 60s work for CTI – adding in some more complicated arrangements by Luiz Eca to the regular piano/bass/percussion groove, pushing the sound into a ... CD