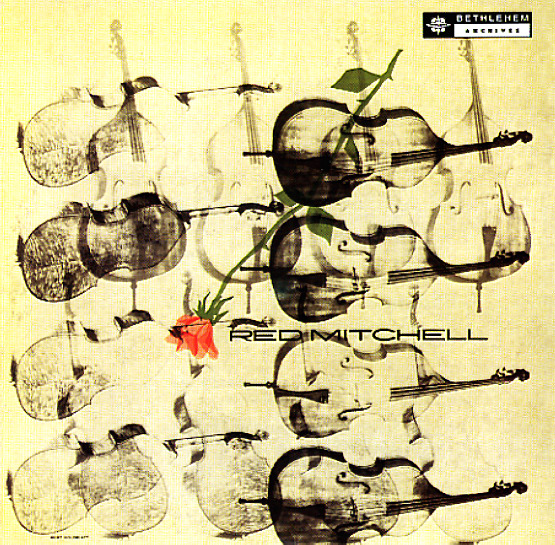 One of the first-ever sessions as a leader from west coast bassist Red Mitchell – a great start to a career that definitely showed that Red was always a cut above the usual rhythm player! The album features some very nice arrangements that open things up in a west coast mode that's never too playful, but which brings the bass out from the back, but still leaves plenty of room from some solo stars in the lead. Key to that approach is saxophonist Joe Maini – who steps out on the record with a voice on alto and tenor that's totally great, heard here in one of the most unfettered settings Joe ever received. Conte Candoli also serves up some bold trumpet lines, alongside work from Hampton Hawes on piano, and Chuck Thompson on drums – on titles that include "Section Blues", "Jam For Your Bread", "Duff", and "You Go To My Head".  © 1996-2021, Dusty Groove, Inc.
(Out of print.)

Giant Steps (with bonus tracks)
Atlantic/Rhino, 1959. Used
CD...$3.99 (CD...$1.99, CD...$23.99)
A true giant step for John Coltrane – and one of the first albums to really showcase his talent as a writer – and his amazing ability for penning some of the most soulful, spiritual themes in jazz! Apart from the well-known title cut, the record's filled with other Coltrane classics ... CD

Avant-Garde
Atlantic/Rhino (Japan), 1960. Used
CD...$9.99
A beautiful meeting of two major talents from the left end of jazz – recorded in the early 60's when both were working for Atlantic! Despite the "avant garde" title, this set is straighter than you'd expect – very much in the spirit of Coltrane's work for the label, but with ... CD