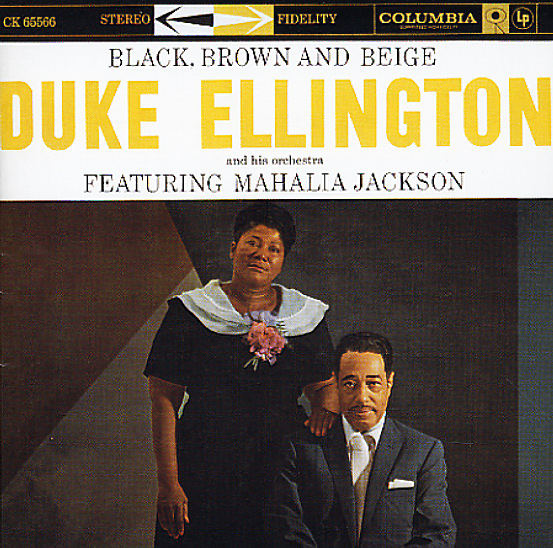 An important larger work from Duke Ellington – a suite of tracks that encompasses a range of styles and emotions in African-American expression! The work features some key guest work from Mahalia Jackson – singing here in a way that's different than other vocalists who worked with Duke in the 50s – much more steeped in a rootsy tradition. Group members include John Sanders, Harry Carney, Ray Nance, Quentin Jackson, and Cat Anderson – and the piece is divided into 6 sections, and includes the famous "Come Sunday" theme throughout most of the second half.  © 1996-2022, Dusty Groove, Inc.
(French pressing.)