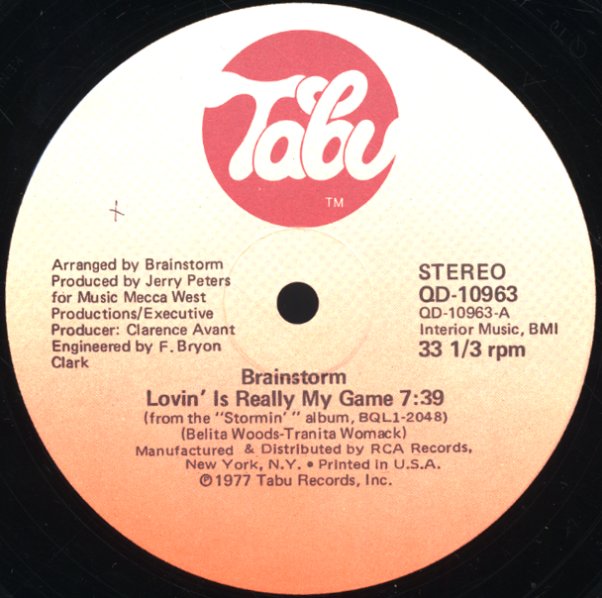 Lovin Is Really My Game/Stormin (Tabu)

Two classic club-driven tunes by this late 70s funk ensemble! "Lovin" is a strong disco number – female vocals in the lead, and lots of swirling grooves that go on for over 7 minutes in this mix! "Stormin" is even better – a funky ensemble tune, with some really catchy riffs and vocal hooks!  © 1996-2021, Dusty Groove, Inc.