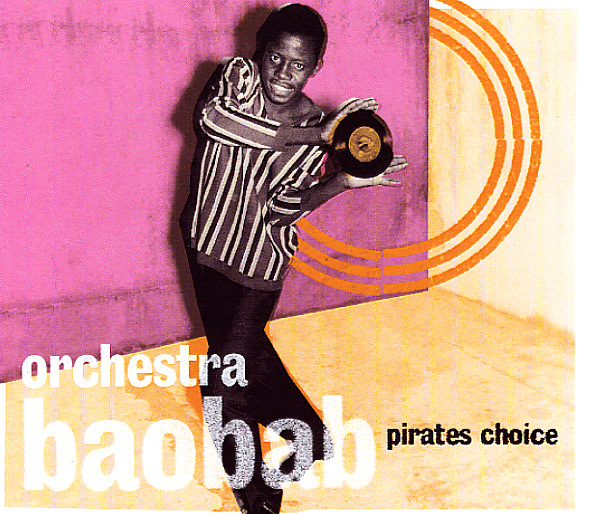 Hardly a pirate album at all – and instead one of the first big global moments of fame for the mighty Orchestra Baobob – a Senegalese combo who'd really been honing their craft during the 70s! The album has the group working with all the soulful currents of their early work – and especially that inflection from Cuban styles that made some of the groups in Dakar so unique – a special trans-Atlantic handshake between the nations that really helped these guys take off once they got exposure on a record like this! Titles include "Coumba", "Utru Horas", "Werente Seringe", "Ray M'Bele", "Toumaranke", "Ngalam", and "La Rebellion".  © 1996-2022, Dusty Groove, Inc.
(Out of print and still sealed.)