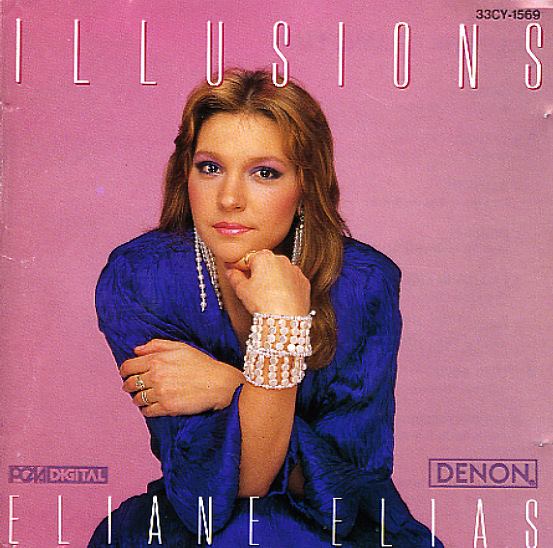 Great early work from Eliane Elias – Brazilian-influenced rhythms, warm piano lines, and a surprising undercurrent of soul! The set features Eliane strongly out front on acoustic piano – working with some elements of other American jazz at the time – kind of that post-fusion sense of soul that came from the electric years of other players, brought back into the acoustic keyboard as the 80s scene moved on. But Elias also brings in some of her best Brazilian elements too – really just in the way the keyboard lines come together with a sense of joy and life – and other players include Stanley Clarke and Eddie Gomez on bass, Al Foster and Steve Gadd on drums, and Toots Thielemans on a bit of guest harmonica. Titles include "Illusions", "Moments", "Iberia", "Chan's Song", "Through The Fire", and "Choro".  © 1996-2021, Dusty Groove, Inc.
(Out of print, punch through booklet.)