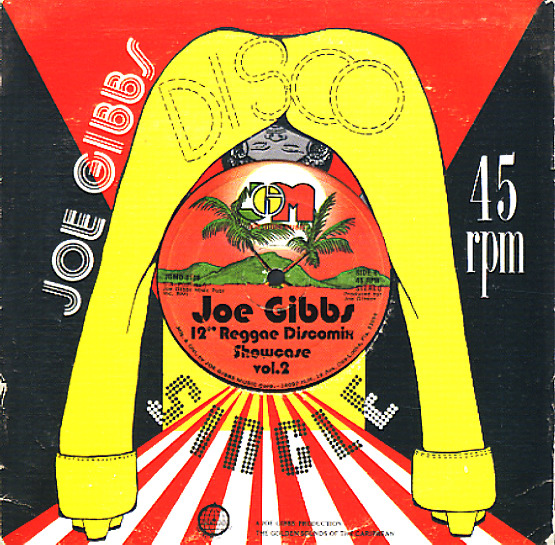 Discomix versions of stellar late 70s and early 80s selections from Joe Gibbs & Errol Thompson– giving the extended mix treatment to some stellar singles by a number of great vocalists and augmented by the top notch players! The approach essentially pairs up jams for an extended mix – running 6 to 8 minutes each – and the musician ship is incredible! Players including Sly Dunbar, Lloyd Parks, Ossie Hibbert, Tommy McCook and others. Volume 2 includes "Tribal War/Jah Did It" by George Nooks & Prince Weedy, "Rope In/Love In A Jamdown" by Cornell Campbell & Lui Lepkie, "When I Think Of You" by Ruddy Thomas, "Naggo Morris" by Jah Guide, "Innocent Blood/Rock It Up" by Culture & U-Brown, "Good To Be There/Jah A The Magician" by Chalice & Puddy Roots and more.  © 1996-2021, Dusty Groove, Inc.