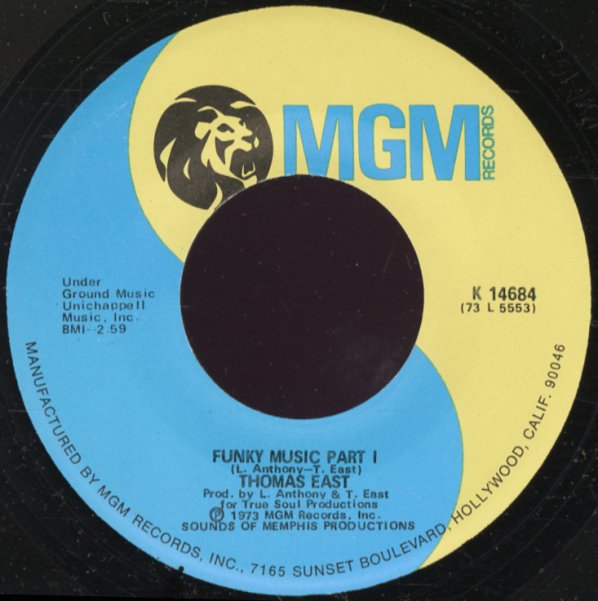 An excellent bit of funky soul! Thomas East has a super-dope style that reminds us a lot of the Detroit funk of Westbound – with a slow rolling rhythm track, hard clavinet solos, and a fuzzy funky soulful sound that can't be beat! A nice chugger – with a part 2 that's just as good as part 1!  © 1996-2021, Dusty Groove, Inc.