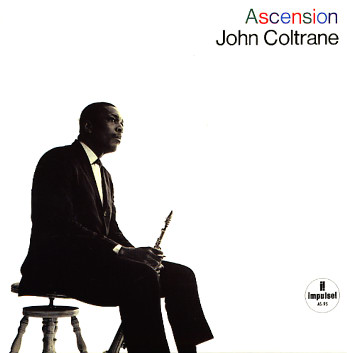 One of the freest, most exploratory albums ever recorded by John Coltrane – and a unique session done with an expanded group of some of the most important avant jazz players of his generation! The format here is similar to Ornette Coleman's Free Jazz album – in that the music is freely improvised, and spans the entire LP as a non-stop performance – one that has Coltrane in the lead, but which also features alto from Marion Brown and John Tchicai, tenor from Archie Shepp and Pharaoh Sanders, trumpet from Freddie Hubbard and Dewey Johnson – and core rhythms from McCoy Tyner on piano, drums from Elvin Jones, and double basses from Art Davis and Jimmy Garrison. The record set the format for larger improvistory groups in years to come – but is still one of the best examples of the form!  © 1996-2022, Dusty Groove, Inc.
(Out of print, remastered edition – with both versions of the title track!)