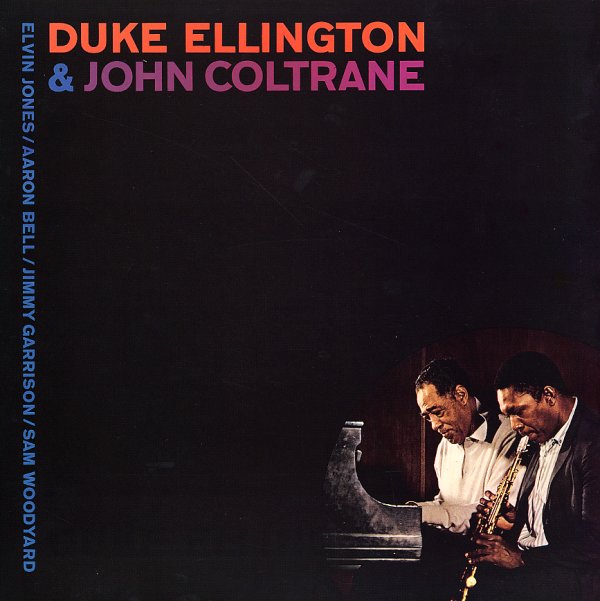 Also available
Duke Ellington & John Coltrane — Duke Ellington & John Coltrane (180 gram pressing) ... LP 36.99
A seminal meeting of the old and new generations of jazz – put together in perfect Impulse fashion! At some level, this is actually a Coltrane Quartet album, with Duke sitting in for McCoy Tyner – as that's the lineup on about half of the album, tracks that feature Coltrane, Elvin Jones, and Jimmy Garrison with Ellington on the keys. At another level, it's Trane playing with a Duke-ish trio that has Aaron Bell on bass and Sam Woodyard on drums – but either way, it's a surprisingly successful meeting of the minds. Titles include "Big Nick", "The Feeling Of Jazz", "Take The Coltrane", and "My Little Brown Book".  © 1996-2022, Dusty Groove, Inc.
(1995 pressing, digipack has light wear.)