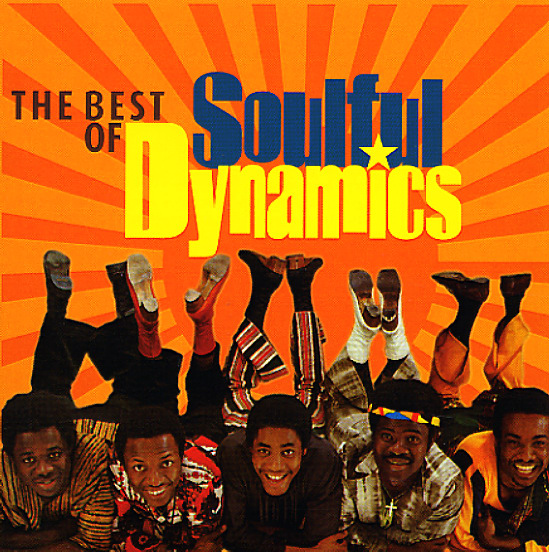 Really unique work from The Soulful Dynamics – a Liberian group who relocated to Germany at the end of the 60s, and recorded in English with a mad mix of styles! Their approach here is a blend of South and West African pop modes of the 60s – touched with more of a British beat group sound in the guitars and overall rhythmic approach to the tunes, making them extremely catchy tracks that often have a nice sing-songy twist to the lyrics. And although the group's not really that much of a truly African ensemble, they did pave the way for bigger 70s African-styled groups on the European scene – allowing their own pop-styled approach to groom audiences for hipper later work. CD features 26 tracks in all – a great batch of singles from the group's years on Philips, Decca, and Metronome. Titles include "Lady From Amsterdam", "Crying Man", "Jungle People", "Monkey", "Shake Shake Shake", "Mademoiselle Ninette", "Birdy", "Coconuts From Congoville", "Azumba", "Doctor Man", and "Wanna Love You".  © 1996-2020, Dusty Groove, Inc.
(Out of print.)

Live One Summer Night
Philips (Spain), 1984. Used
CD...$5.99
A wonderfully rich extrapolation of the sound of Paco DeLucia – still served up with all the intensity of his solo guitar work of the 70s, but also with some additional instrumentation that helps bring out a stronger jazz vibe too! The approach is different than Paco's early jazz flamenco ... CD