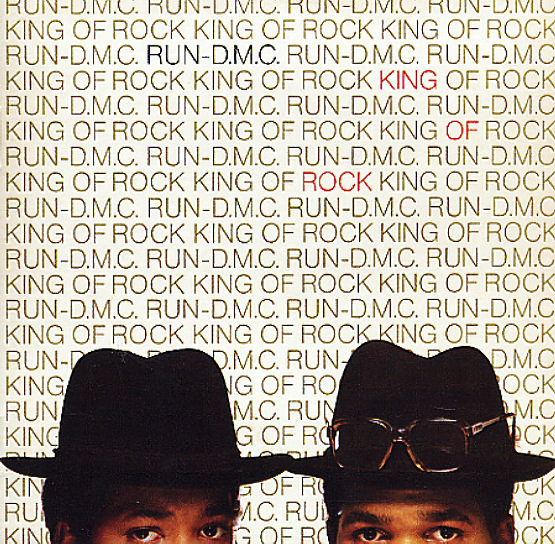 Run-DMC's great second album, with rock hard production by Russell Simmons and classic cuts! It's fascinating to listen to this album all these years later, with the knowledge that this hungry hip hop act from Queens was so soon to conquer the world. Great stuff from a legendary crew! This is the record where Run-DMC transitioned from their earlier style that put their own distinctive stamp on early-to-mid 80s east coast rap, to the rap group who fearlessly put rock music on notice that rap was coming to takeover. Amazing! Includes "Jam Master Jammin", "Can You Rock It Like This", "King Of Rock", "Rock The House", "You're Blind", "You Talk Too Much", "It's Not Funny" and "Darryl And Joe (Krush-Groove 3)".  © 1996-2021, Dusty Groove, Inc.
(Original pressing. Cover has a cut corner, staining on the spine, and light wear.)