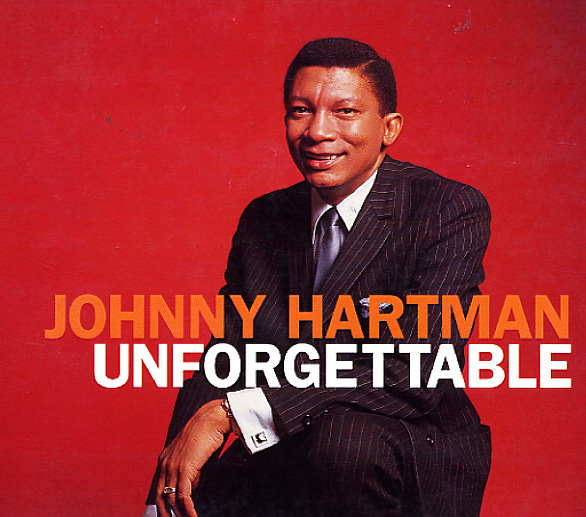 An excellent batch of rare material by vocalist Johnny Hartman, and a very strong set of tracks that shows a side of his work that's often ignored! Usually, Hartman gets cited for his slow, moody, syrupy sound – such as that which he used in his classic recordings with Coltrane. However, we really dig the side that's exposed on this CD – the shorter, livelier, more uptempo jazz numbers, done with a swing that you don't normally get with Johnny, and proof that he really was a tremendously versatile singer. There's 17 cuts on here, culled from 2 rare albums on ABC, and they show Hartman in a completely new light. Titles include "Fools Rush In", "Down In The Depths", "Bidin' My Time", "The More I See You", "Once In A While", "That Old Black Magic", and a very groovy version of "Girl Talk", with an excellent monologue by Johnny!  © 1996-2021, Dusty Groove, Inc.
(Digipack has some light wear, includes Impulse sticker.)

Sing A Song Of Basie (Impulse pressing)
Impulse, Late 50s. Used
CD...$8.99
One of the first albums ever by this legendary jazz vocal group! LHR do the incredible – and create a set of vocal renditions of standards by the Basie band, putting jazzy lyrics in to replace the instrumental solos, but keeping the same vibe as the original tracks. The sound and approach ... CD

After The Lights Go Down Low
Impulse, 1963. Used
CD...$18.99
An early gem from singer Freda Payne – recorded back in the days when she was a jazz vocalist, years before her famous hits as a soul artist in the early 70s! The album's a darkly-tinged session with arrangements by Manny Albam – done in the late nite mode that you'd expect from the ... CD

In the Moment – Live in Concert
Blue Note, 2000. Used
CD...$4.99
Sweet sophisticated vocals from the great Dianne Reeves – singing here in a beautifully mellow live setting, more stripped-down than on a lot of her other studio albums. The group's very jazz-oriented – and Dianne shines nicely on great versions of "Afro Blue", "Triste&qu ... CD