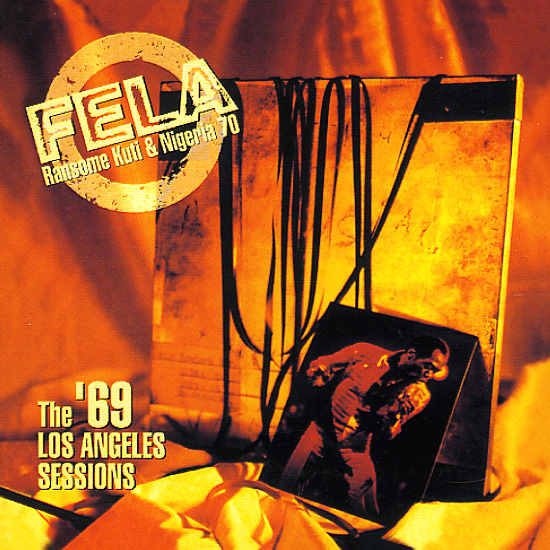 Some of Fela's earliest work! The Koola Lobitos record features work from 1964 to 1968, most of it never issued before, and a startling look at the early days of Afro Funk. The music is a mixture of highlife, South African soul, and a good deal more funk than Fela's every given credit for during the 60s. The horns come together beautifully, often in a sad Hugh Masekela-type style, underpinned by work on electric bass, and some warm electric piano! The 69 LA sessions are great, too – and feature pivotal work in a similar style, kicked up a few notches on bass and percussion. The tracks are shorter than later – most are 3 to 6 minutes long – but the intensity of the work is incredible, and makes us wonder what would have happened to the LA scene had Fela stayed in the city! Titles include "Eko", "My Lady Frustration", "Lover", "Funky Horn", "Olofe Mi", "Laise Lairo", "Wayo", "Highlife Time", and "This Is Sad".  © 1996-2021, Dusty Groove, Inc.
(Out of print.)