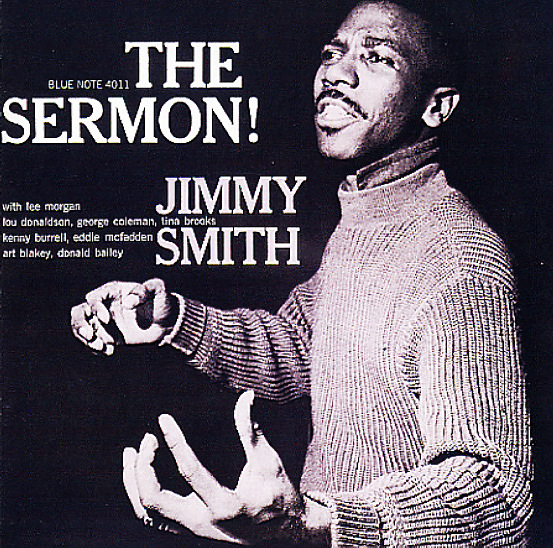 One of the most famous early albums from Hammond organ giant Jimmy Smith – and for good reason too, as he was using the instrument to pioneer a whole new field in jazz! Before Jimmy, others had used the organ on short tracks, usually for a bit of color – but here, Smith explodes as a master soloist on very long tracks – allowing strong jam session interplay with an all-star group that also includes Lee Morgan on trumpet, George Coleman and Lou Donaldson on altos, Tina Brooks on tenor, Kenny Burrell and Eddie McFadden on guitars, and Donald Bailey and Art Blakey on drums. The set features three long tracks – "The Sermon", "JOS", and "Flamingo" – with a hard-wailing, jam session feel all the way through! This early CD reissue collects material from the Sermon & House Party sessions, with a slightly different track list than the original album, or the RVG remaster – includes "The Sermon", "Flamingo", plus "S Wonderful", "Blue Room", "Lover Man", "Confirmation", & "Au Private".  © 1996-2021, Dusty Groove, Inc.
(First CD pressing – with a slightly different track list than the RVG version.)