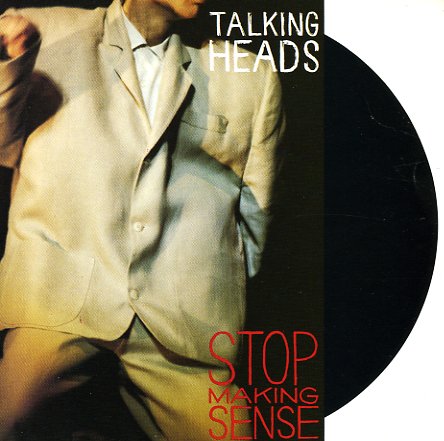 Way more than just a live album – as the record features material from the film of the same name – a tremendous stage performance that begins with solo David Byrne, then has the group building up as the set moves on – with very unusual performances of titles that include "Psycho Killer", "Swamp", "Slippery People", "Burning Down The House", "Girlfriend Is Better", "Once In A Lifetime", "What A Day That Was", "Life During Wartime" and "Take Me To The River".  © 1996-2022, Dusty Groove, Inc.
(Out of print.)