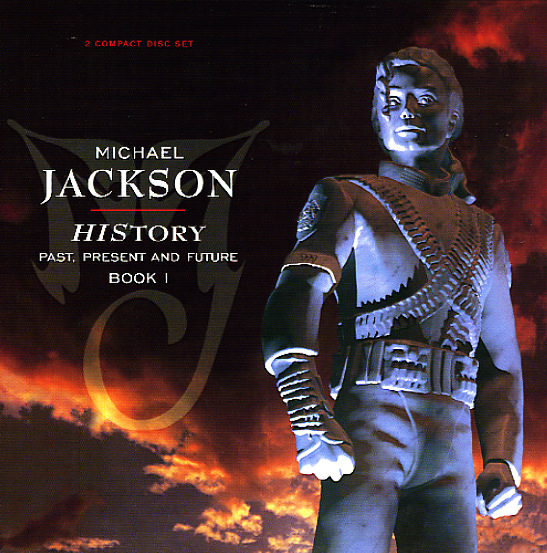 Well, it's HIS story, actually – a bit overblown in concept, and probably execution – but a record that's got some nice nuggets underneath, if you know where to look. The first half is the backstory – gems from Michael's earlier years on Epic – including "Remember The Time", "The Girl Is Mine", "Bad", "Rock With You", "The Way You Make Me Feel", "She's Out Of My Life", "Don't Stop Til You Get Enough", and "Wanna Be Startin Something". The second half is "HIStory Continues" – newer material that might have made a decent album on its own, but which probably pales slightly in comparison with the classics. Tracks include the "Scream" duet with Janet – plus "You Are Not Alone", "Childhood", "2 Bad", "Tabloid Junkie", "This Time Around", "Come Together", and "They Don't Care About Us".  © 1996-2022, Dusty Groove, Inc.

Love Deluxe
Epic (UK), 1992. Used
CD...$3.99 (CD...$3.99)
Sade's last LP from the early 90s before she went into her brief recording and performing hiatus. Like the preceding records, the approach is heavy on the jazz side of things, with a crisp, spare touch on the production and a wonderfully soulful feel to the songwriting. At this point she no ... CD

Triumph (expanded edition)
Epic, 1980. Used
CD...$3.99 (LP...$7.99)
One of Michael Jackson's last albums with his famous brothers – a record that was cut in between the two Quincy Jones albums (Off The Wall and Thriller) that would catapult him to megastardom! This set is still an all-Jacksons affair – produced and written by the whole group, and put ... CD

Destiny (expanded edition)
Epic, 1978. Used
CD...$3.99
A heavy groove and a heady title that points the way towards Michael Jackson's soon-to-be legendary solo career – all served up in a batch of tracks that resonate nicely with the Off The Wall groove! The sound here really isn't disco or club, but it's a nicely upbeat groove that shows The ... CD

Love Deluxe
Epic, 1992. Used
CD...$3.99 (CD...$3.99)
Sade's last LP from the early 90s before she went into her brief recording and performing hiatus. Like the preceding records, the approach is heavy on the jazz side of things, with a crisp, spare touch on the production and a wonderfully soulful feel to the songwriting. At this point she no ... CD