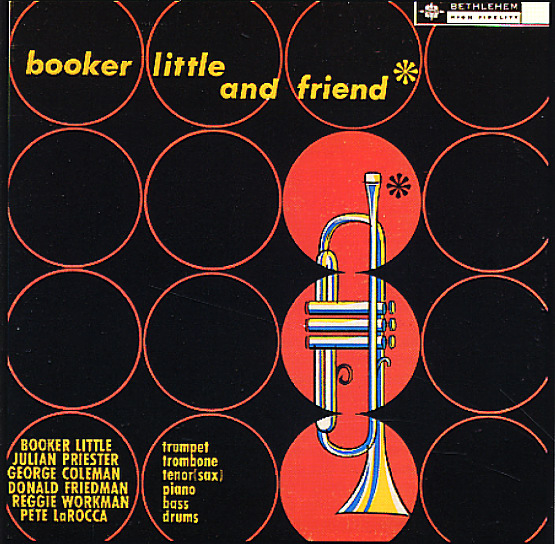 A fantastic sextet session recorded in 1961, shortly before Booker Little's death – and filled with all the promise and power he ever packed into his playing! There's a sharp, angular groove to many of the numbers here – that mix of modern and hardbop that was cresting best in the early 60s Blue Note generation – and which echoes some of the work that Little had done with Max Roach in the years before this date. The lineup's filled with great players to help Book realize his strongest musical vision – Julian Priester on trombone, George Coleman on tenor, Don Friedman on piano, Reggie Workman on bass, and Pete LaRoca on drums – and although the set's issued on the sometimes-staid Bethlehem label, it's got all the sharper edges of an early 60s date on a label like Impulse or Candid! Titles include "Matilde", "Booker's Blues", "Forward Flight", and "Victory and Sorrow". This CD reissue contains 2 alternate takes, too – for a total of 9 cuts in all!  © 1996-2021, Dusty Groove, Inc.
(Out of print 1994 pressing.)