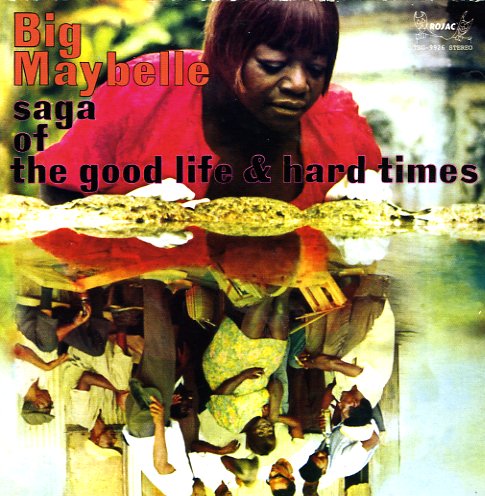 A great set that may well be Big Maybelle's best record ever – really rare work that's quite different than her famous work of the 50s! The set was recorded in the Criteria studios in Miami – and it's got a cool southern soul sound that's part Bobby Blue Bland bluesy soul, and part Muscle Shoals funk – fused together wonderfully by arranger Eric Knight – who really has a great ear for giving Maybelle a wicked new groove! Maybelle's vocals are a bit deeper than usual – much more soul than the blues of a decade before – and tracks include "This Bitter Earth", "How It Lies", "Old Love Never Dies", "My Mother's Eyes", and "Love Careless Love".  © 1996-2021, Dusty Groove, Inc.
(In a very cool Japanese-styled, LP-like cardboard sleeve cover!)