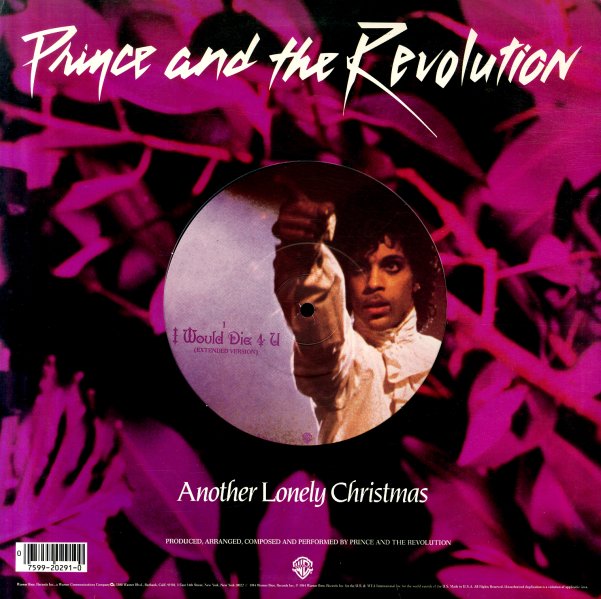 I Would Die 4 U (extended)/Another Lonely Christmas

One of our favorite tracks ever from Prince – an instantly funky, instantly catchy tune that never fails to blow us away with its dexterity! The jam sounds great, even after all these years – and it's backed by a non-LP cut, "Another Lonely Christmas" – in which Prince almost single-handedly revives the Holiday soul single tradition for the 80s generation!  © 1996-2021, Dusty Groove, Inc.
(Oversized label pressing in the die-cut sleeve, with some light wear and a wavy corner. Vinyl has a slight warp, but played through for us.)