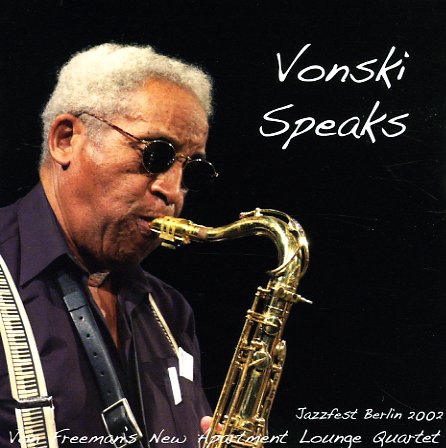 One of the most compelling Von Freeman recordings we've ever heard – and one of the few to actually capture the real performance presence of the legendary Chicago tenorist! The date was recorded in Berlin, but it's got a homegrown feel that takes us right back to Von's famous Tuesday night gig at the New Apartment lounge – with lots of long, creative blowing, and some compelling patter between a few tracks, really showing Freeman's ability to win over a crowd. But even without the patter, the tenor work is enough – beautifully sharp and clear, with a rich combination of tenor modes that stretches back to the 50s scene from which Von rose, though later generations of Windy City giants – kind of a tangle of John Gilmore, Clifford Jordan, Gene Ammons, and Johnny Griffin all wound up beautifully together – but at a level that shows that Freeman should have easily topped that legacy too. Players include Mike Allemana on guitar, Jack Zara on bass, and Michael Raynor on drums – and titles include "Vonski Speaks", "Summertime", "Darn That Dream", and "Blues For Sunnyland".  © 1996-2021, Dusty Groove, Inc.