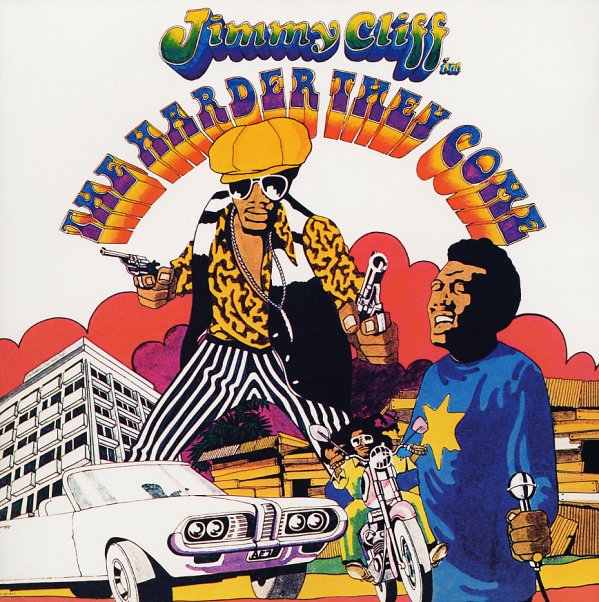 Also available
Jimmy Cliff & Others — Harder They Come ... LP 39.99
A record that's not only a landmark in Jamaican music – but also a set that was to reggae what Curtis Mayfield's Superfly was to 70s soul! In other words, the set not only raised the bar for all the competition, it also ended up in a lot more record collections than most of them too – maybe in part because it was a soundtrack, as was Superfly – but also because it has this global power that makes it a defining album of the genre! Jimmy Cliff is obviously the mainman here, but there's help from other key players in the growing reggae scene – and titles include Jimmy's classic "You Can Get It If You Really Want", in two versions – plus two takes on "The Harder They Come", "Many Rivers To Cross", and "Sitting In Limbo" – plus "Sweet & Dandy" and "Pressure Drop" by The Maytals, "007" by Desmond Dekker, "Johnny Too Bad" by The Slicers, "Draw Your Brakes" by Scotty, and "Rivers Of Babylon" by The Melodians.  © 1996-2022, Dusty Groove, Inc.
(Mango pressing.)

Do The Right Thing – Soundtrack
Motown, 1989. Used
CD...$4.99 (CD...$6.99)
The classic soundtrack to Spike Lee's Do The Right Thing – lead, of course, by Public Enemy's "Fight The Power" – and beyond that is a pretty wonderful, and not always as intense cross-section of some of the finer urban soul and New Jack Swing, circa '89, breezy vocal-centric ... CD