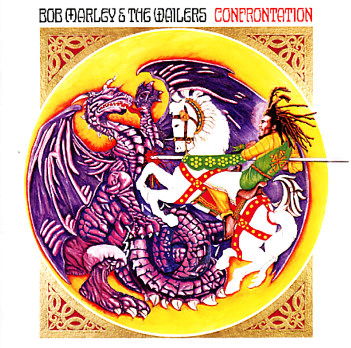 A posthumous album from the great Bob Marley – but one that's every bit as important as all the classics that were released during his too-short lifetime! The record really continues that righteous power of the later Bob Marley years on Island – that global scope in both the music's power, and Bob's vision for change in the world – sometimes issued at a more personal level, but always with a spirit that's strong enough to inspire the generations who've grabbed onto this album as a favorite. Titles include "Chant Down Babylon", "Buffalo Soldier", "Mix Up Mix Up", "Blackman Redemption", "Jump Nyabinghi", "Stiff Necked Fools", "I Know", and "Trench Town".  © 1996-2021, Dusty Groove, Inc.

Toots Live
Island (UK), 1980. Used
CD...$9.99 (LP...$26.99)
A triumphant live performance from Toots Hibbert and The Maytals – recorded in London at a time when the group was really riding high – able to serve up their music with a sense of majesty that really fit the spirit of the larger arena! The tunes are mostly classics, but they've got a ... CD