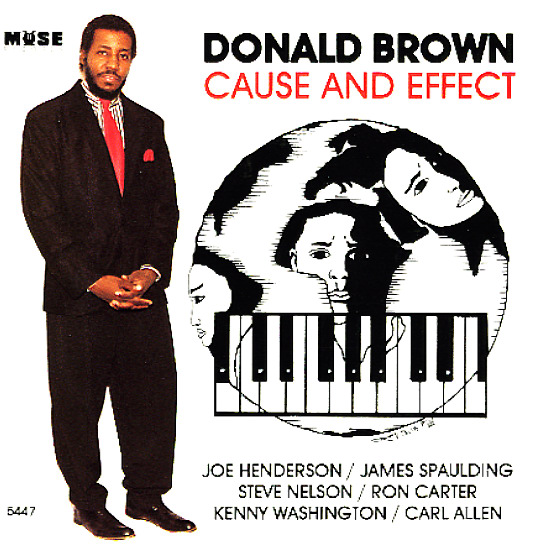 A really wonderful little album from pianist Donald Brown – deeply soulful, and in ways that go beyond just his work on piano! There's some great higher-concept ideas going on here – bits of culture and philosophy folded into the music, courtesy of recitations by Marlon Saunders on a handful of tracks – the oft-overlooked legacy of soul jazz that extended well past the 70s, at a time when this sort of music was often an expression for deeper thoughts in the years before hip hop dominated such territory too strongly. Brown's got some great help on the date too – tenor from Joe Henderson, flute from James Spaulding, and vibes from Steve Nelson – plus bass from Ron Carter and drums from either Kenny Washington or Carl Allen, both the kind of players who get the rhythmic pulse of the record right. Titles include "A Free Man","The Power Of The Drums", "Black Narcissus", "Man In A State Of Nature", "Daddy's Girl Cynthia", and "Cause & Effect".  © 1996-2022, Dusty Groove, Inc.
(Out of print.)