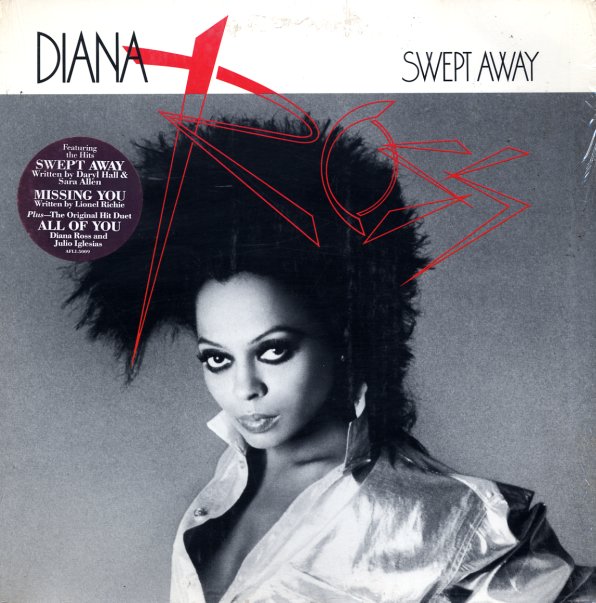 A surprising hit for Diana Ross – a record that really helped the singer shine brightly in the 80s, but with a vibe that's quite different than her years at Motown! The album's got plenty of star power on board – production work from Arthur Baker, Richard Perry, Daryl Hall, Lionel Richie, and Bernard Edwards – and a musical lineup that features half those artistes, plus work from Jeff Beck, Nile Rodgers, and the Brecker Brothers too! Diana's vocals aren't as over the top as during the disco years – and find a nice place to percolate within the warmer 80s grooves – mostly rhythms that have a nice sort of crossover potential, but not in a way that's as clunky or commercial as some of her contemporaries. Titles include "Missing You", "It's Your Move", "Swept Away", "Telephone", "All Of You", "Touch By Touch", "Nobody Makes Me Crazy", and "Rescue Me".  © 1996-2023, Dusty Groove, Inc.

Diana Ross Live At Caesars Palace
Motown, 1974. Near Mint-
LP...$2.99
A fantastic early demonstration of the solo powers of Diana Ross – a live date from Vegas, and one that has her commanding the stage not just as a singer of soul music, but as a female star ready to rival the talents of any of her contemporaries in the mainstream! Ross shines here with a ... LP, Vinyl record album