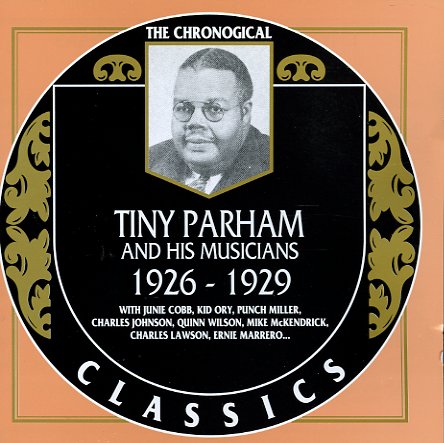 Chronological Stuff Smith 1939 to 1944
Classics (France), Early 40s. Used
CD...$14.99
Collects trio and quartet sides with Stuff Smith on violin, Jimmy Jones on piano, Mary Osborne on guitar and vocals, and John Levy on bass – plus a handful of big band tracks with Smith as leader. Tracks include "Joshua", "Cresecendo In Drums", "She's Funny That ... CD

Chronological Jay McShann 1944 to 1946
Classics (France), 1940s. Used
CD...$14.99
A wide collection of recordings from pianist Jay McShann, recorded here with a Trio, Sextet, Orchestra, and his groups the Jazz-Men and the Kansas City Stompers. Tracks include "Moten Swing", "Trouble In Mind", "Confessing The Blues", "When I've Been ... CD