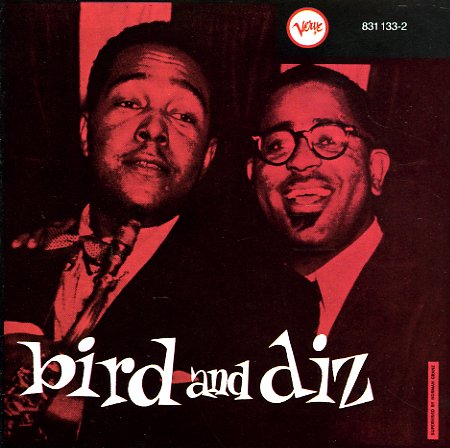 A classic meeting of two giants from the early years of bop – altoist Charlie Parker and trumpeter Dizzy Gillespie – brought together here in a session that Norman Granz would later list as one of the truest realizations of his vision for recording jazz music! Parker's sharp lines are a great contrast to the robust horn work of Diz – and the players work here with a rhythm section that features Thelonious Monk on piano, Curley Russell on bass, and Buddy Rich on drums. Titles include "Relaxin With Lee", "Leap Frog", "Oscar For Treadwell", and "Mohawk". The LP also includes a number of alternate takes, and has a nice photo of the 2 jazz giants on the cover.  © 1996-2021, Dusty Groove, Inc.
(Out of print, booklet has some age spot.)