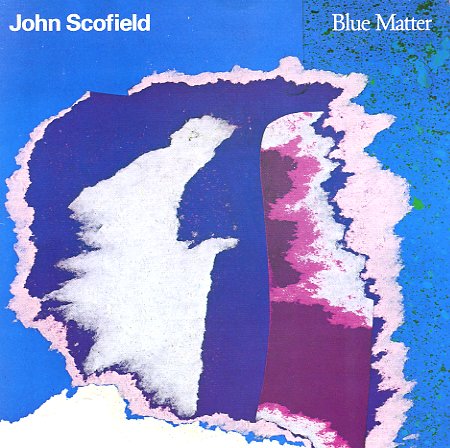 Warmly chromatic work from guitarist John Scofield – full of tones and textures that shift and shimmer about a soulful center – always as chromatic as you might guess from the album's cover and title! There's certain 80s elements in the instrumentation – especially the use of more electric bits, as was common for the Gramavision label at the time – but Scofield finds a way to keep things interesting by drawing on the deeper roots of his previous work for his solos. Titles include "The Nag", "Time Marches On", "Now She's Blonde", "Make Me", and "So You Say".  © 1996-2021, Dusty Groove, Inc.

Loud Jazz
Gramavision, 1988. Used
CD...$11.99
The sound is never too loud here – and John Scofield's right out in the lead on most numbers, carving out those soulfully-inflected, modern-styled licks that really characterized his sound back in the day! Scofield's emerged as more of a traditionalist in recent years, but on 80s dates like ... CD

Friday Afternoon In The Universe
Ryko/Gramavision, 1995. Used
CD...$3.99
The second Gramavision album by MM&W, and a batch of grooves that shows them opening up their style a lot more than on their first one. There's equal parts of Larry Young and Jimmy McGriff mixed into the organ here, and the rhythm, while tight, is also got a nice open-ended feel. Titles ... CD

Music Of The Moscow Circus
Gramavision, 1991. Used
CD...$4.99
Featuring Mark Feldman on violin, Carol Emanuel on harps, and Jerome Harris on guitars – plus vocals from the Saint Pancras Choristers. CD

Pushing The Envelope
Gramavision/Ryko, 1987. Used
CD...$7.99
One of a number of strong mid 80s sessions from drummer Bobby Previte – and like the others, as much an exploration of space and sound as it is an expression of jazz-based ideals. The group on the set is well-suited for the project – and includes Marty Erlich on tenor, Wayne Horvitz on ... CD