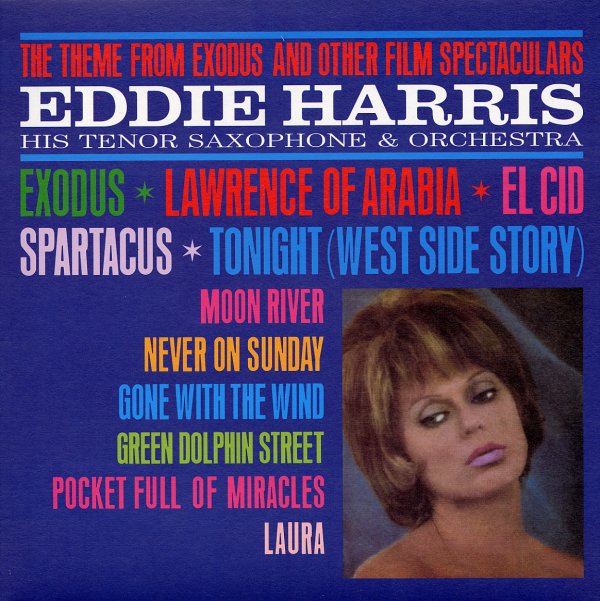 Theme From Exodus & Other Film Spectaculars

A great groovy Eddie Harris record that follows up on his "Exodus" hit – but which is not the more famous album under a similar name! This set differs from that one, in that it features a shorter reading of "Exodus", plus other short songs from other films – all played by Eddie, backed by orchestra and a chorus of voices. The sound is nice and sharp, and the voices don't really get in the way, and instead give Eddie a nice fluffy background to cut through with his solos – in a very cool 60s-styled "sax with voices" sort of session! A great record – a lot nicer than it looks – and with tracks that include "Green Dolphin Street", "Tonite", "El Cid", and "Lawrence Of Arabia".  © 1996-2021, Dusty Groove, Inc.
(Rainbow label pressing with deep groove. Cover has a stained corner.)

Jazz's Great Walker
Vee Jay, 1964. Near Mint- Gatefold
LP...$29.99
A wickedly soulful session from bassist Leroy Vinnegar – one that carries the same "walker" theme used in the titles of his Contemporary albums, but one that comes across with an even groovier feel overall! Vinnegar's definitely walking some great lines on his bass – a ... LP, Vinyl record album