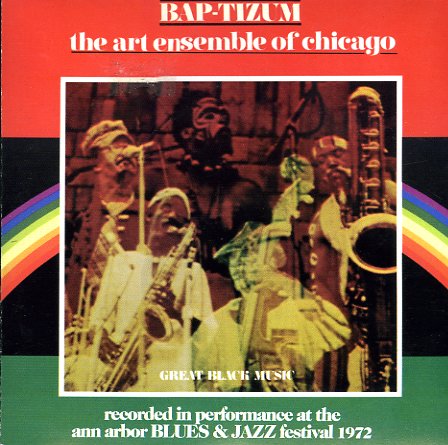 A seminal moment for the Art Ensemble Of Chicago – one of their first albums for a widely-distributed label, and an exceptionally strong live performance that really gets to the core of the group's unique approach! The material was recorded at the Ann Arbor Festival in 1972 – and has the Ensemble playing with a sense of focus and power that's even stronger than their previous indie and European records – really hitting their stride before a large live audience who totally gets their groove, and really eggs them on with enthusiastic support! As usual, the range of instrumentation is great – lots of different reeds, percussion, and brass – handled by the legendary lineup of Lester Bowie, Roscoe Mitchell, Joseph Jarman, Malachi Favors, and Don Moye. Titles include "Oouffnoon", "Ohnedaruth", "Unanka", "Immm", and "Odwalla".  © 1996-2023, Dusty Groove, Inc.
(Out of print.)