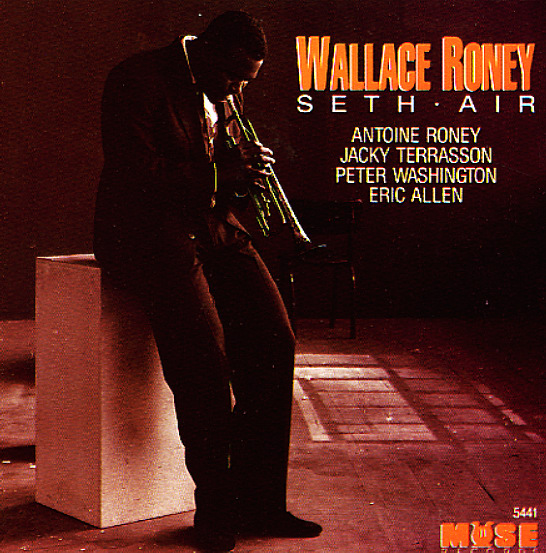 One of Wallace Roney's best sessions from the time – an album with a great sense of balance and fullness, and a tremendous tribute to Roney's strength as a leader on Muse Records! The album features equally great contributions from Antoine Roney on tenor – a player who balances out some of Wallace's boldness with a more languid feel at poitns – one that's further complemented by a rhythm section that includes Jacky Terrason on piano, Peter Washington on bass, and Eric Allen on drums. There's some great original compositions on the record – including "A Breath Of Seth Air", "Black People Suffering", "Melchizedek", "Lost", and "28 Rue Pigalle" – and the set also features a sprightly take on "Wives & Lovers".  © 1996-2022, Dusty Groove, Inc.
(Out of print.)

Prototype
High Note, 2004. Used
CD...$6.99 8.99
A nicely electrified set from trumpeter Wallace Roney – working here in a style that has plenty of moody backdrops on Fender Rhodes, plus some really snapping percussion from drummer Eric Allen! There's a sound here that's clearly inspired by 70s Miles, but which also moves through a range ... CD