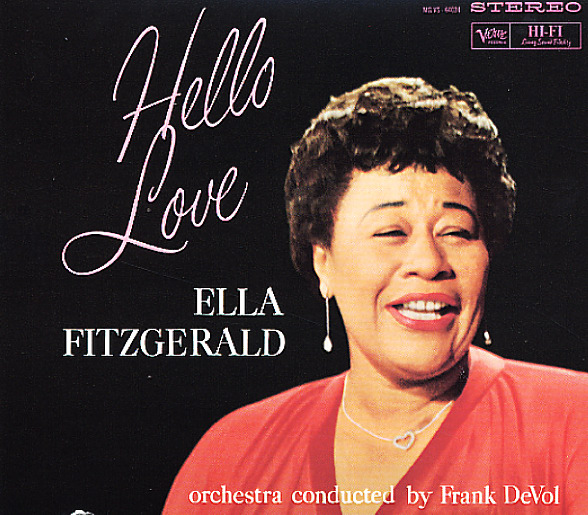 Ella swings it nicely with the orchestra of Frank DeVol on this set of standards and classics – an overlooked treat from her late 50s years – and a set that's overflowing with great little numbers! The album's got a sound that's lush at times, but never overly emotive – thanks to Ella's keen ear for jazz in the tunes, which works strongly against DeVol's sometimes tendency to overarrange. The album's a nice contrast to some of Ella's Songbook work from the time – and titles include "You Go To My Head", "Spring Will Be A Little Late This Year", "Lost In A Fog", "So Rare", "Stairway To The Stars", and "Tenderly".  © 1996-2023, Dusty Groove, Inc.
(Out of print, includes obi.)