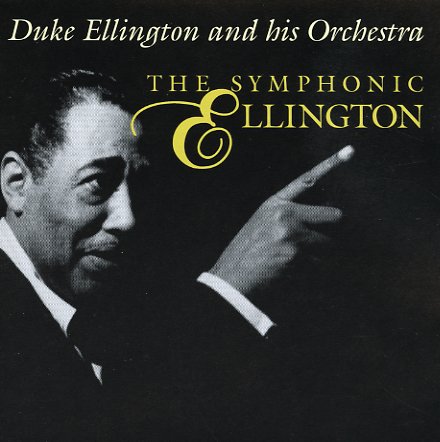 An incredible record – and key proof that Ellington was growing even more in the 60s than he had a decade before! Duke's working here with a core orchestra of his own, plus a huge amount of added players from orchestras in Paris, Hamburg, Stockholm, and Milan – all working together in a sound that's symphonic, but still pretty darn jazzy – and which comes off with a lightness that you'd hardly ever expect. There's a depth to the record that's undeniable – especially on the horn solos by Johnny Hodges, Paul Gonsalves, and Jimmy Hamilton – which snake through the larger orchestrations with a sinister edge that really blows us away. The whole thing's a tremendous thrill – the kind of record that's filled with delights that we never expected, and which appeals to us on so many different levels. Titles include the 3-part suite "Night Creature", plus "Non-Violent Integration", "Harlem", and "La Scala She Too Pretty To Be Blue".  © 1996-2021, Dusty Groove, Inc.
(Out of print.)