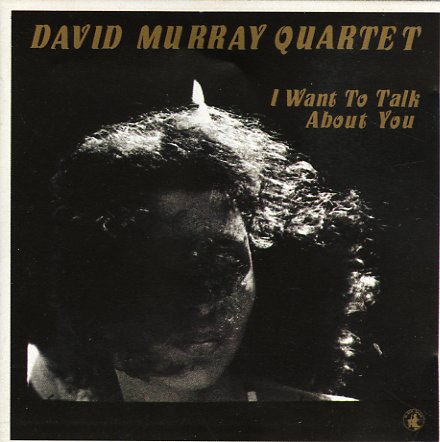 I Want To Talk About You

New Life
Black Saint (Italy), 1987. Used
CD...$4.99
A new life for the ideas of saxophonist David Murray – worked out here in an octet of top-shelf players! The sound is avant one minute, swinging the next – and carried off with a rich sense of jazz tradition that really marks the growing appreciation of roots in the 80s generation of ... CD

Three Of Us – Dream Come True (Japanese paper sleeve edition)
Hilton's Concept/Shout (Japan), Mid 70s. Used
CD...$22.99
A record from the Three Of Us – but one we remember best for the heavy keyboards of Hilton Felton! The set's even more stripped-down than some of Hilton's other funky classics from the 70s – an instrumental outing that features Felton on organ and Fender Rhodes, Johnathan Settel on ... CD

Break Through
Argo/Dusty Groove, 1962. Used
CD...$12.99
An amazing record – bold, proud, and soulful – a set that we'd easily rank with any classic early 60s session on Blue Note – and for good reason too! This rare date is the debut as a leader for trumpeter Gene Shaw – also known as Clarence Shaw in an earlier history of work ... CD