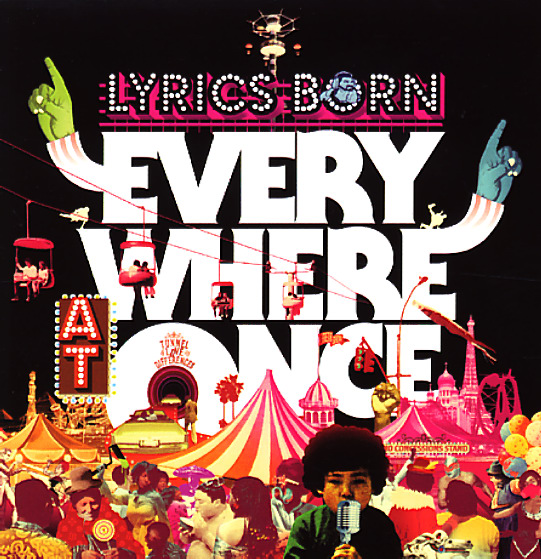 A left turn from the inimitable Lyrics Born – who's trademark, raspy rhymes are augmented here by a nice electro party funk backdrop – an unpredictable move and a welcome one! Lyrics Born has been the best of both worlds on the mic for years now – his agile delivery is second to none , towing the line between mid school learned rapper and laidback funky soul crooning – but his pen is really sharp, too. The production here is timelessly funky – some sounds have a 70s Cali soul vibe, others have a neon 80s party groove – with with a bedrock layer of tried-and-true soulful hip hop. Still, it's as much a pop funk record as an indie hip hop record, if not more so – which works for us! Titles include "Don't Change" feat Myron Glasper & DJ D Sharp, the top shelf single "Hott 2 Deff" feat Chali Tuna & Joyo Velarde, "Cakewalk" feat Trackademicks & Baby Jaymes, "I'm A Phreak", "I Like It, I Love It", "Top Shelf (Anything U Want)", "Do You Buy It?", "Whispers" feat C-Holiday and more.  © 1996-2022, Dusty Groove, Inc.
(Penmark through digipack barcode.)