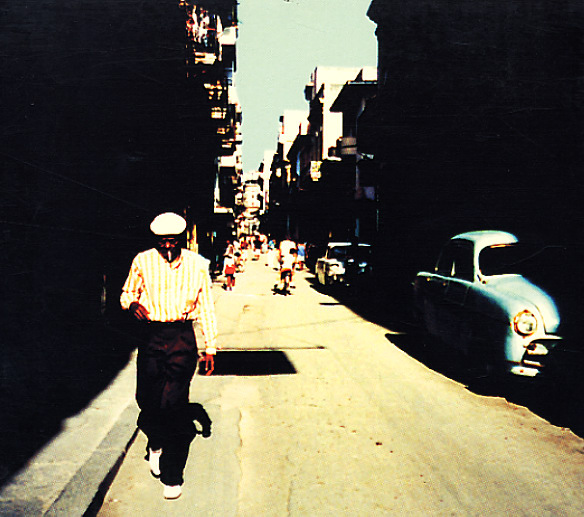 A contemporary legend in Latin music – one that was done in collaboration with the film of the same name – organized by Ry Cooder, directed by Wim Wenders, and put forth as a reminder to America that Cuban culture was still going strong, even decades after we turned our backs on the nation! The "social club" in the title is well-put – as there's a relaxed, easygoing approach to the music here – warmly collaborative efforts from some of the greats of the scene in Havana – many of whom were able to enjoy renewed global attention, thanks to the efforts of the record and film. The lineup features Ruben Gonzalez on piano, Eliades Ochoa on guitar, Cachaito on bass, and Guajiro on trumpet – plus famous vocal contributions from Ibrahim Ferrer, Compay Segundo, and Omara Portuondo. Titles include "Chan Chan", "Dos Gardenias", "El Carretero", "Candela", "Viente Anos", "El Cuarto De Tula", "De Camino A La Vereda", "Murmullo", and "Orgullecida".  © 1996-2023, Dusty Groove, Inc.
(Does not include slipcase.)