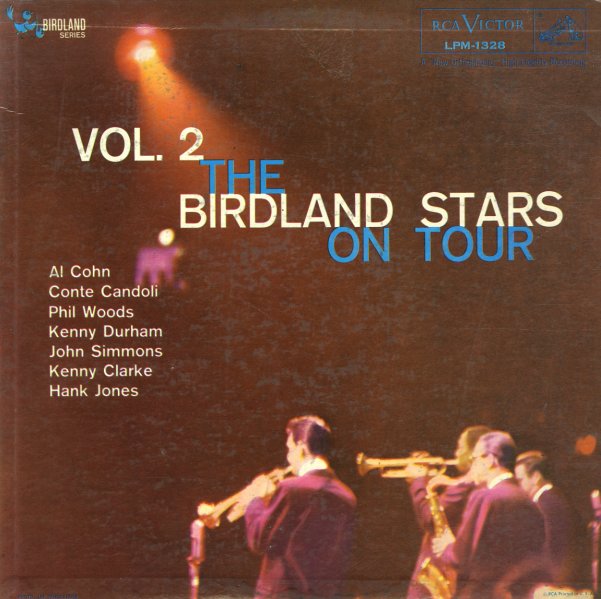 A really great little live jazz date from the mid 50s – one that features a unique pairing of east and west coast players, working together as part of a Birdland Stars package tour! The group's an exceptionally balanced one – with players who are all strong enough to work together seamlessly, but who each bring together something different to the date – especially in the blend of west coast cool and east coast hot that comes up during some of the horn passages! Trumpets are by Kenny Dorham and Conte Candoli, tenor by Al Cohn, alto by Phil Woods, piano by Hank Jones, bass by John Simmons, and drums by Kenny Clarke – and with a balance like that, there's probably a bit more "east" than "west" on the set – but that's ok with us! The style is similar to some of the RCA work cut by Cohn or Woods, but a lot more open overall – tracks that are looser and less arranged, with some really great room for solos. Titles include "Hip Boots!", "For Kicks Only", "Ah Funky New Baby", and "Conte's Condolences".  © 1996-2021, Dusty Groove, Inc.
(Mono pressing with deep groove.)