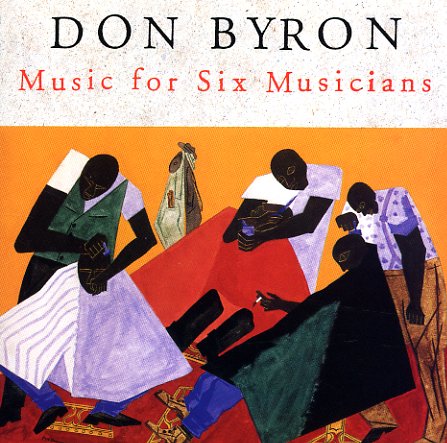 Features Don Byron on bass clarinet and clarinet – with Graham Haynes on cornet, Edsel Gomez on piano, Kenny Davis on bass, Jerry Gonzalez on congas, and Ben Wittman on drums – plus some guest work from Bill Frisell on guitar and Ralph Peterson on drums!  © 1996-2021, Dusty Groove, Inc.
(Out of print.)

Momentum
Nonesuch, 2005. Used
CD...$6.99
Joshua Redman continues the wonderful groove he first began on his Elastic album – a well-named sound that's filled with lots of modal rhythms and a very soulful spirit! The style's a bit like that growing, more open-ended style of organ jazz at the end of the 60s – especially the sort ... CD