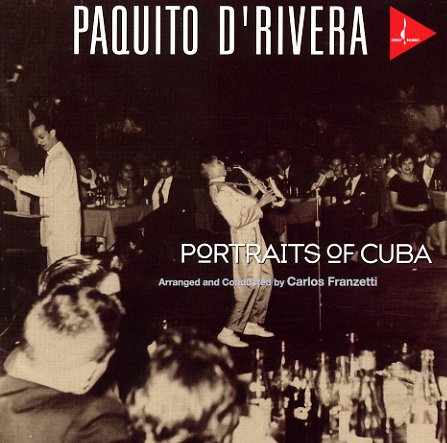 Celebration
Columbia, 1988. Used
CD...$7.99
An ambitious record from Paquito D'Rivera, but a great one too – a set that features the Cuban saxophonist playing in a slightly expanded Latin jazz setting – with small combo grooving that's often augmented by larger string arrangements! The core groove is wonderful – very much ... CD

Lee Morgan (aka The Last Session)
Blue Note, 1971. Used
CD...$9.99
Brilliant work throughout – the last studio album ever cut by Lee Morgan, and a mindblowing session that always leaves us wondering how massive he would have become if he hadn't been tragically murdered shortly after it was recorded! The album's a huge change from Morgan's already-great work ... CD

Moanin' (RVG remastered edition – with bonus track)
Blue Note, 1958. Used
CD...$5.99 (CD...$6.99, CD...$7.99)
One of Art Blakey's first true moments of genius! This transitional version of the Jazz Messengers included two parts – Lee Morgan and Bobby Timmons – of the holy Morgan/Shorter/Timmons trilogy, and it's also got the added bonus of Benny Golson on tenor, who was at the height of his ... CD

Rumproller
Blue Note, 1965. Used
CD...$6.99 (CD...$18.99)
A great album by Lee Morgan – and one not to pass up! The Rumproller often gets too easily lumped next to The Sidewinder – because of an obvious title and cover similarity to that hit record – but like that one, the album's far more than jazz cliche – and shows Lee Morgan ... CD